No, I’m Not Taking It Away 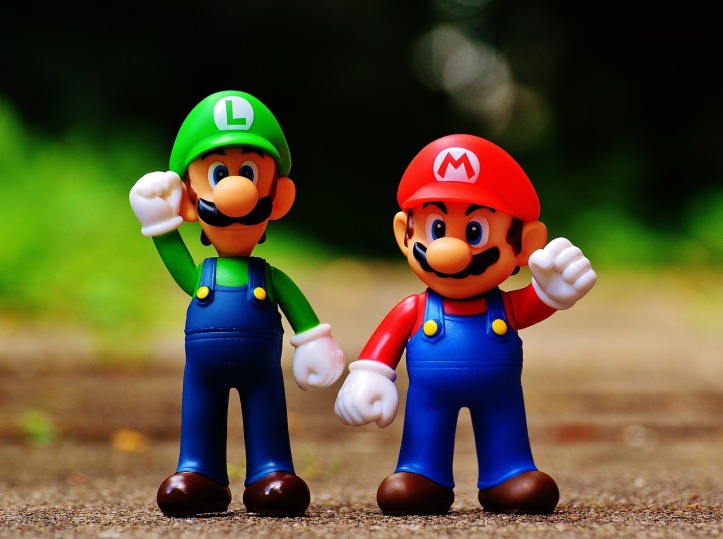 My oldest got the gamer gene. He started off playing on the Wii, mastered the old-school Mario game on his inexpensive game pad, and is begging to play Minecraft. I have not even mentioned Fortnight yet.

One of our older family friends recently introduced him to League of Legends on the PC too. It turns out that LoL is such a popular game that some players even seek out league of legends accounts for sale online that allow them to level up quicker.

Gaming is fun – he loves it! It is also his kryptonite.

Screen time in our house is fairly loosely regulated. The kids have their tablets, they watch videos here and there, and we use technology heavily in our schooling. Mr. Genius and I use our devices for practically everything from ordering household supplies to keeping in touch with family. We are a plugged-in family, and it shows.

Video games though – those are instant trouble.

We got the Wii back out this weekend after a few months of languishing in a box after we moved. The Wii seems to set the kids off into a cycle of fighting, screaming, crying, and general unhappiness. It is the weirdest thing! I was hoping for a better experience this time, but nope.

The Engineer had one of his worst meltdowns in a while when it was time to shut the Wii off for dinner. He couldn’t handle it. He wasn’t able to transition from “fun video game” to “time for food, end game.” It was bad. Very bad. So bad I’m not going to give details.

Am I going to lose it?

Later, he verbalized his worry that we would completely take video games away. I’ll admit, it’s tempting! This thing he loves causes so much trouble that it would be simple to just shut it down and say “no more.” As tempting as it is, I can’t do that. Removing the problem doesn’t teach him anything, and that’s my main goal.

The lure of the forbidden

If we completely restrict video games, what happens when he’s a teenager with his own device and he refuses to take breaks? Sure, I could nuke the WIFI, but that’s the brute force method. What about when he’s grown and on his own? Will he be able to practice healthy gaming habits in an increasingly technological world? Will he be the first poster child for demonizing virtual reality games after he collapses because he didn’t stop to eat or drink?

You probably think I’m over-reacting and taking it too far. Judging by news stories, I’m not. Parents who neglected their infant because they couldn’t stop playing, teenagers who collapse after a marathon gaming session – it’s all happened.

If we can’t teach kiddo healthy gaming habits in this area he really struggles with, it’s only going to get worse.

More instead of less

He may chose to spend a portion of his quiet time every day we’re home playing the Wii. There’s a time limit and a timer. Once the timer goes off (and jeez, it’s a super irritating one too!) then he must immediately turn the game off and go to his room for the remainder of quiet time. No arguing about “just a little more,” or asking to “finish this level, I’m almost there!”

If he can manage that for a week, his time limit will go up. If he can’t handle it, the time limit goes down. Carrot and stick all within a few minutes added or removed.

The timer helps. You can’t argue with a timer like you can with mom. You can’t convince the timer that “a few more minutes” are a good idea. And since I’m monitoring the timer, there’s no way to secretly add more time or turn it off.

Why add more stress to my life?

Kiddo has to learn self-control. He can’t do that if we remove the problem. Plus, if we simply take the game away, it becomes forbidden. Desirable. Taboo, even. Any time you make something taboo, it’s a kid magnet that encourages lying, cheating, and over-indulgence. We follow the same philosophy for sugar, screen time, and a host of other things.

I can’t manage his issues his entire life. He HAS to learn coping skills. All of the kids do. They all have different issues to cope with, but it’s the same point.

For now, he’s loving it. He’s doing a great job of obeying the timer and turning the game off immediately. I’ll admit, I’m shocked! I thought it would be a much harder battle, and I was prepared for an absolutely miserable week. He’s doing it. And while he’s doing it, he’s building healthy habits. I’m so proud of him!